"Father arranged for a Polish Christian woman to shelter me."

When the war broke out, Goldie was a child—only seven years old. To stay alive, the family initially relied on the help of Polish Christians, who hid and protected Goldie. As she came to be in ever-growing danger of being discovered by the Nazi Germans, Goldie’s father arranged for her to join the family in the slave-labour camp in Starachowice-Wierzbnik. Goldie survived the harsh conditions in the camp and miraculously also the death-threatening situations in Auschwitz-Birkenau and the death march to Bergen-Belsen.

Goldie Szachter was born in 1931. She was the youngest of five children. "The years of my early childhood were filled with the joy and delight that only a young child can fully experience," Goldie recalls.

Goldie’s maternal grandfather was married to the daughter of the "Bazh'tshiner Rebbe"—town rabbi of Bodzentyn. Religious life was very important to the Jewish community. In her book, Goldie describes the yearly cycle and how it was arranged around the holidays, starting in the autumn with the blowing of the shofar, a ram’s horn on Rosh Hashanah, the New Year that Yom Kippur and Sukkot followed. For every Shabbat, her mother would prepare the dough for the Challah bread, which was then baked in the oven of Goldie's paternal grandfather's bakery. It was customary to have some extra cakes and occasionally an apple cake or cheesecake.

Bodzentyn was a vibrant town in the mid-1930s with market days and stores that offered various goods. "...there were one mill, lime stores, dealers in feathers, several taverns and tavern-restaurants, and more," Goldie says. "In the two confectionaries, newspapers as well as soft drinks, chocolates and other candies, and ice cream were sold up front, while in the rear young people came to sit down and socialize."

Goldie's father co-owned the flour mill with her maternal grandfather in the Żwirki plaza, the Lower Market: "When I stood on the balcony of our house, I could look down into the center of Żwirki plaza [...] and the surrounding environs. Across the horizon, I could see the mountains rising in the distance," Goldie describes.

Fate during the Holocaust

In autumn 1939 everything changed. On September 1, 1939, Germany invaded Poland, and by October 6 Poland surrendered. From then on, the German gendarmerie motored into town almost daily. From the balcony, where Goldie previously enjoyed the beautiful surroundings, she became an eyewitness of brutal horror, with random killings and torture in the streets below.

With the situation deteriorating, but before the liquidation of the ghetto took place, Goldie’s father arranged through a friend of the family for Goldie to be taken to the munitions factory—that later on became a slave-labour camp in Starachowice-Wierzbnik.

As Goldie was too young to be accepted as a worker, her father approached a Polish Christian woman to shelter Goldie. She accepted, and Goldie was brought to live with her and her family in Świętomarz, a village close by. Madame Surowiecka deemed it wise for Goldie to be called Halinka Bertosowna, the name of a niece of hers from Krakow.

Sofia Surowjecka in front of her house in Świętomarz. Find the location on Google Maps

When the community members realized Golda’s true identity, Mme. Surowiecka contacted Goldie's father, who ingeniously arranged for Goldie to be smuggled into the slave-labour camp where her family was interned. In the camp, she joined her mother and sister Rachell in their work at the laundry.

Apparently, due to the approaching Soviet army, the Nazis closed the camp and sent the slave-labourers from Starachowice-Wierzbnik to Auschwitz-Birkenau in July 1944.

In January of 1945, Auschwitz-Birkenau was evacuated, and Goldie and her family members were sent off on a death march to the Bergen-Belsen concentration camp. On April 15, 1945, the camp was liberated by British troops. Goldie’s mother died a few weeks after the liberation.

Twenty-eight of the thirty-three closest loved ones of Goldie's relatives and friends from Bodzentyn were victims of the Holocaust and war crimes committed during WWII.

Rachell (Goldie's middle sister, on the left) and Goldie (on the right) at their mother's gravesite monument. The photo was taken in 1949.

It was with the help of a friend and townsman, Shmiel Weintraub, that Goldie and her sisters Irah and Rachell were able to have a monument erected at their mother's gravesite in the Bergen-Belsen camp cemetery. The text on it reads: "Here lies MIRYAM RIVKAH SZACHTER, daughter of Irah. Born in the year 1902 in Bodzentyn. Laid to rest 3 Sivan in Bergen-Belsen. May her soul be bound in the bonds of eternal life."

2004 through 2013, Professor Uta Larkey from Goucher College (Baltimore, MD) conducted a class that required students to interview Baltimore-area Holocaust survivors. The above video is one of the interviews.

in 2009, Dorota Anyż and Artur Anyż directed a play based on the Polish version of The Last Selection – A Child’s Journey Through the Holocaust by Goldie Szachter Kalib. Over the years, the play has been performed several times.

The book The Last Selection: A Child's Journey Through the Holocaust by Goldie Szachter Kalib with Sylvan Kalib and Ken Wachsberger, was published in English in 1991, and in Polish in 2009.

English: The Last Selection: A Child's Journey Through the Holocaust

Photo of the Jewish Community Council of Bodzentyn. Goldie's grandfather, Nus’n Szachter, the third man from the right, was formerly secretary of the organization. The gentleman on the far right may well be the young Shmiel Weintraub, a friend of the Szachter family.

Editor's note: This page has been proofread and approved by Goldie Szachter Kalib with her husband, Sholom Kalib. July 2021. 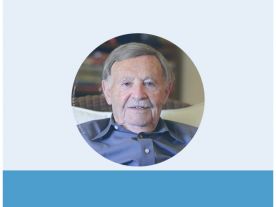 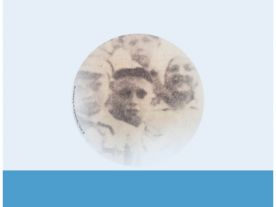 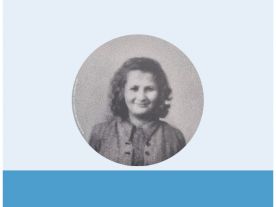 Testimonies
See more
This site uses cookies to improve your experience. Cookies are small blocks of data created by your web server while you are browsing this website and placed on your computer or other devices by your web browser. Accept